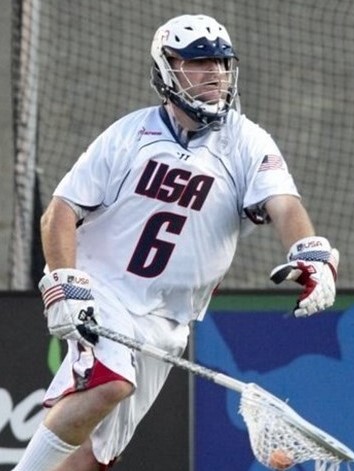 The current Head Coach at Springside Chestnut Hill Academy taking over prior to the 2018 season. Dougherty has established himself as an icon in the lacrosse world, reaching the highest levels of competition at the high school, collegiate, professional, and international levels. He served previous assistant coaching assignments at the University of Pennsylvania, 2009-2010, and Haverford College, 2002-2008.

Dougherty is a two-time recipient of Ensign C. Markland Kelly, Jr. Award as the National Collegiate Athletic Association’s (NCAA) Goalie of the Year for 1995 and 1996. Dougherty helped lead Maryland University to the NCAA Division I Tournament Championships in 1995, earning himself the title of Tournament Most Valuable Player (MVP). He was a two-time, First Team, All-American while playing for the Terrapins from 1993-1996. Dougherty graduated from Maryland University in 1996 with a bachelor’s degree in criminology and criminal justice.

Following college, Dougherty went on to unprecedented success as a goalie at the professional and international levels. After a couple seasons in the National Lacrosse League (NLL), Dougherty’s Major League Lacrosse career spanned from 2001 to 2009. As a member of the Rochester Rattlers, the Long Island Lizards, and the Philadelphia Barrage, Dougherty took home the league’s Goalie of the Year title in 2003, 2006, and 2007, eventually earning him the goalie position on the MLL All-Decade Team for 2001-2010. On the international level, Dougherty won two Federation of International Lacrosse (FIL) Gold Medals as the goalie for Team USA at the 1998 and 2010 FIL World Championships.