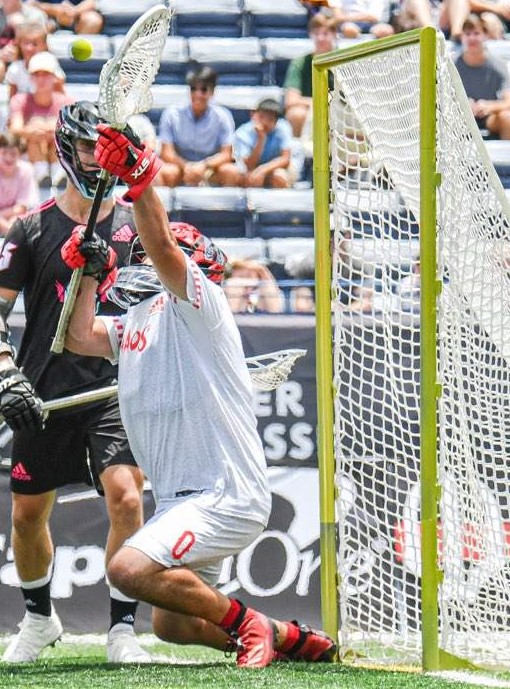 Blaze Riorden is a Fairport, New York native where he attended Fairport High School. While playing at the University of Albany, Riorden was named an All-American and was the America East Defensive Player of the Year.

Blaze is the reigning 3x PLL Oren Lyons Goalie of the Year. He also a 3x PLL All Star. In 2021, Blaze recorded one of the greatest seasons in history for goalie play.  Blaze led the league in all goalie statistical categories, led his team to the Championship, was named MVP of the Championship Game and awarded The Jim Brown MVP of the PLL.

Blaze also plays professional indoor lacrosse for the Philadelphia Wings and Team USA where is he one of the best offensive players in the NLL.