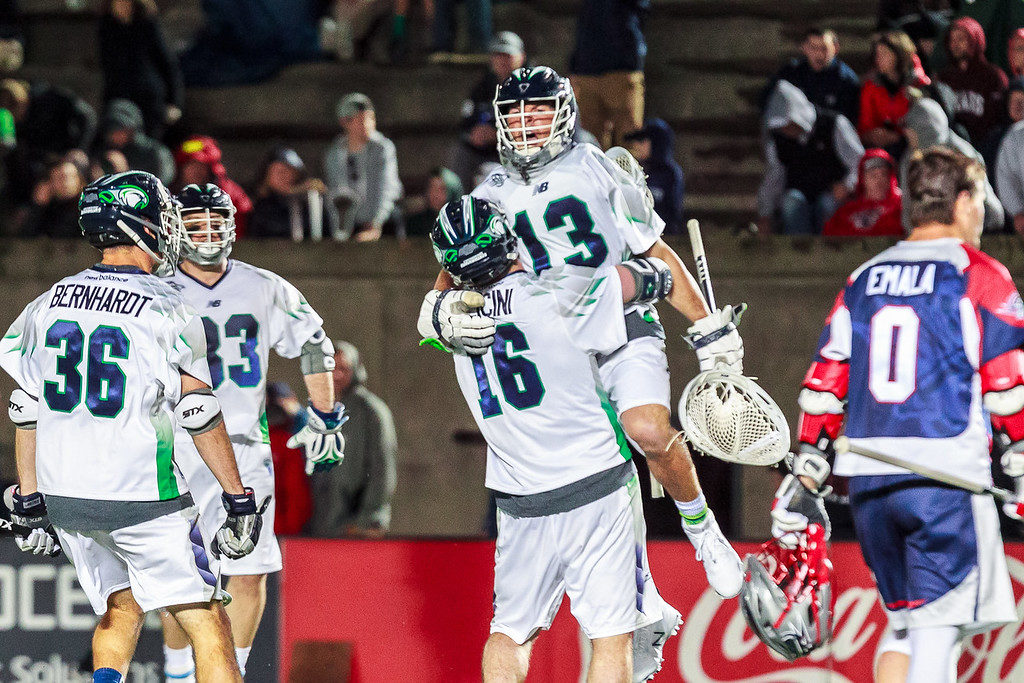 ​Niko is coming off four accolade-laden seasons between the pipes at the University of Maryland (2011-2014), during which he led the Terrapins to two appearances in the National Collegiate Athletic Association (NCAA) championship game and became the first goalie in Atlantic Coast Conference (ACC) history to earn all-conference honors four times. His senior campaign (2014) ended in a litany of honors, most notably the Ensign C. Markland Kelly, Jr. Award, presented annually by the United States Intercollegiate Lacrosse Association (USILA) to the top college goaltender in Divisions I, II, and III. Dougherty won the award in back-to-back seasons at Maryland (1995 & 1996). In addition, Amato was named the ACC Defensive Player of the Year, as well as a USILA First Team All-American, helping to lead the Terrapins to the semifinals of the NCAA Tournament. Amato was selected 29th overall by the Florida Launch in the 2014 Major League Lacrosse (MLL) Draft.

As a junior (2013), Amato was recognized as a USILA Second Team All-American and a nominee for the Tewaaraton Trophy, given annually to the most outstanding collegiate lacrosse player, after guiding Maryland to another appearance in the NCAA Tournament.

Amato led the Terrapins to the NCAA Tournament championship game as both a redshirt freshman (2011) and sophomore (2012). As a sophomore, he earned Honorable Mention All-America honors from the USILA, and was named to the NCAA All-Tournament Team after his freshman season. In his first NCAA Tournament (2011), Amato made nine saves in an overtime victory over top-ranked Syracuse in the quarterfinals, followed that with 13 saves against Duke in the national semifinals, and stopped eight shots against Virginia in the title game. Amato finished his Terrapin career ranked third all-time in saves (625), just 33 behind Dougherty in second.

A native of Conshohocken, Pennsylvania, Amato backstopped La Salle College High School to Pennsylvania state championships in 2008 and 2009 as well as four consecutive Philadelphia Catholic League (PCL) titles (2007-2010). He was a two-time United States Lacrosse High School All-American (2008-2009) and an Under Armour All-American in 2009, helping the Explorers finish the 2008 and 2009 seasons ranked number one in the nation by laxpower.com.

Niko graduated from the University of Maryland in 2014 with a bachelor’s degree in communications.